I came to Michigan Technological University from southern Brazil in the Fall of 2017 to start my Ph.D. in the College of Forest Resources and Environmental Science. Once in Michigan, I was introduced to a diverse community of neotropical migrant songbirds that were rarely seen in my home country of Brazil. Although different species, I was familiar with some closely related South American birds within the same genus as those found in Michigan, such as warblers (Setophaga) and vireos (Vireo).

I also learned of the widespread population decline of many North American bird species and how little knowledge was available for the period of the year when these birds leave their breeding grounds and return to Meso America. For years, many ornithologists believed that events on the breeding season, such as reproductive success, were the primary factors responsible for changes in a migratory bird’s abundance. However, some landmark studies on migratory birds from their winter grounds demonstrated how events in the tropics affected annual survival, and even carried over to affect reproductive success on the breeding grounds. These insights demonstrated that, to recover declining populations of migrant birds, we need a full lifecycle perspective.

To more fully address the multi-hemispheric challenges faced by migratory birds, conservation efforts have included the protection of tropical forests on the wintering grounds. Although protecting tropical forests helps migratory species, developing strategies to better manage agricultural systems for birds represents an important step towards integrating wildlife conservation into working landscapes. Such landscapes could merge conservation and economic development in ways that simultaneously benefit birds and local communities. Shaded coffee and cacao plantations are great examples where a commodity plantation can be managed to improve habitat value for birds, enhance ecosystem services and increase yields for producers through pest removal. 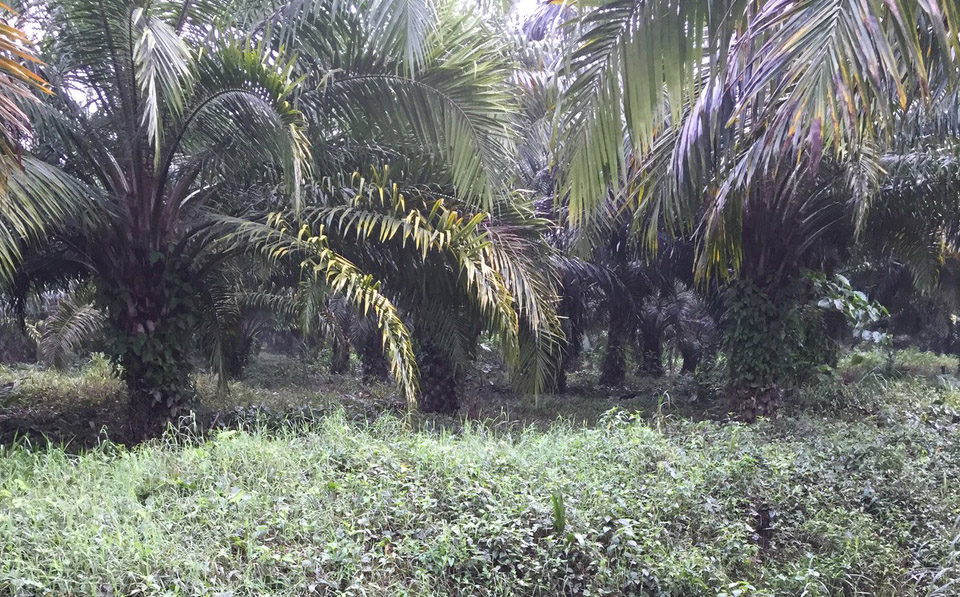 Because most migrants in the non-breeding season vocalize less often and use only simple chip calls (that is why in Mexico, warblers are known as chipes), it remains difficult to assess migratory bird communities based solely on audio-visual surveys. Partly for this reason, we decided to use mist-nets in our study. Between December 2017 and March 2018, we captured birds in native forest and oil palm plantations. We found that the diversity of migratory species in oil palm plantation tended to be lower than in native forest, but not by much. While species richness was slightly higher in native forest, the structure bird communities in native forest and oil palm were strikingly different. These differences were driven by an abundance of Kentucky Warblers, Worm-eating Warblers, Gray Catbirds and Wood Thrushes among other species with narrower habitat tolerance and less plasticity being captured more frequently in native forest. To determine what was likely responsible for differences in the two bird communities, we assessed the structure of both the native forest and oil palm plantations; these assessments included canopy height, understory density, and plant species richness among other measurements. Our results indicated that tree species diversity and understory complexity was positively correlated with species richness in both native forest and oil palm plantations. These characteristics appear to strongly influence how birds select or avoid these habitats. Our results indicate that we can improve the habitat quality of oil palm plantations for migratory birds by increasing the understory vegetation, such as leaving ground cover and epiphytes (plants that grow on the trunks of the oil palms), or by planting shade tolerant understory plants. We hope these findings will help guide management action in oil palm to create more bird friendly farming practices in Mexico and beyond. 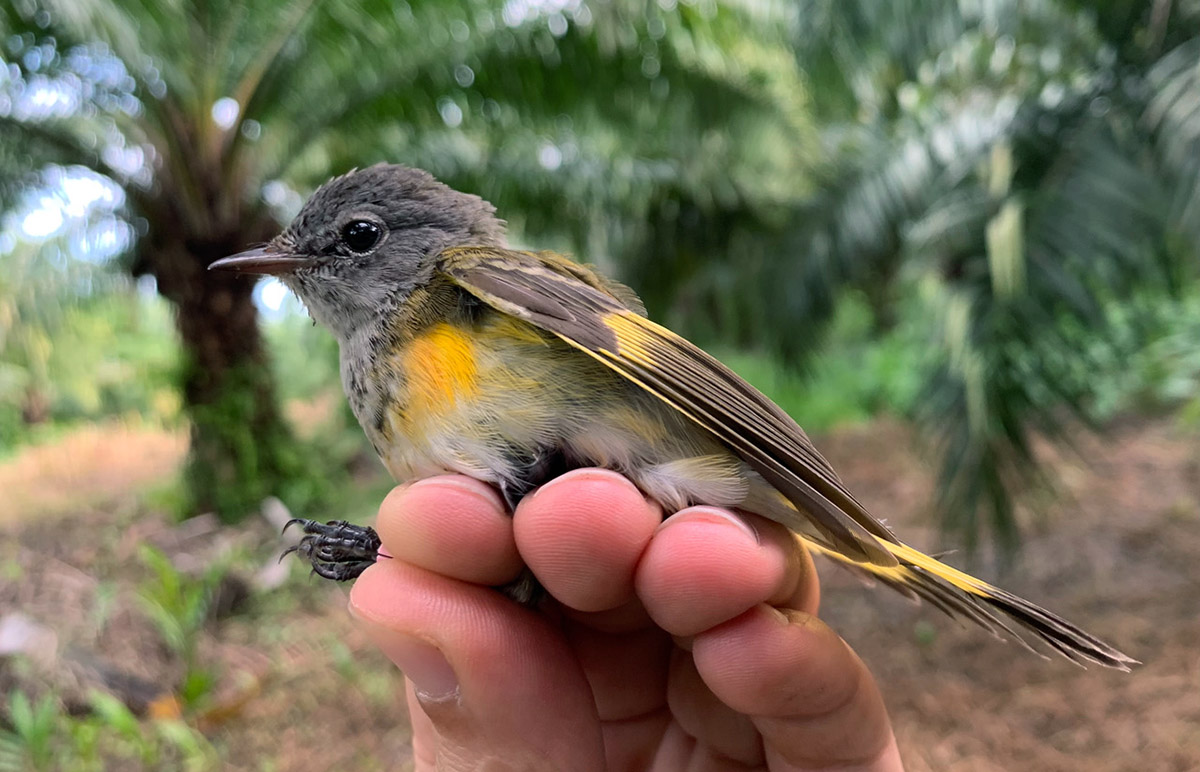 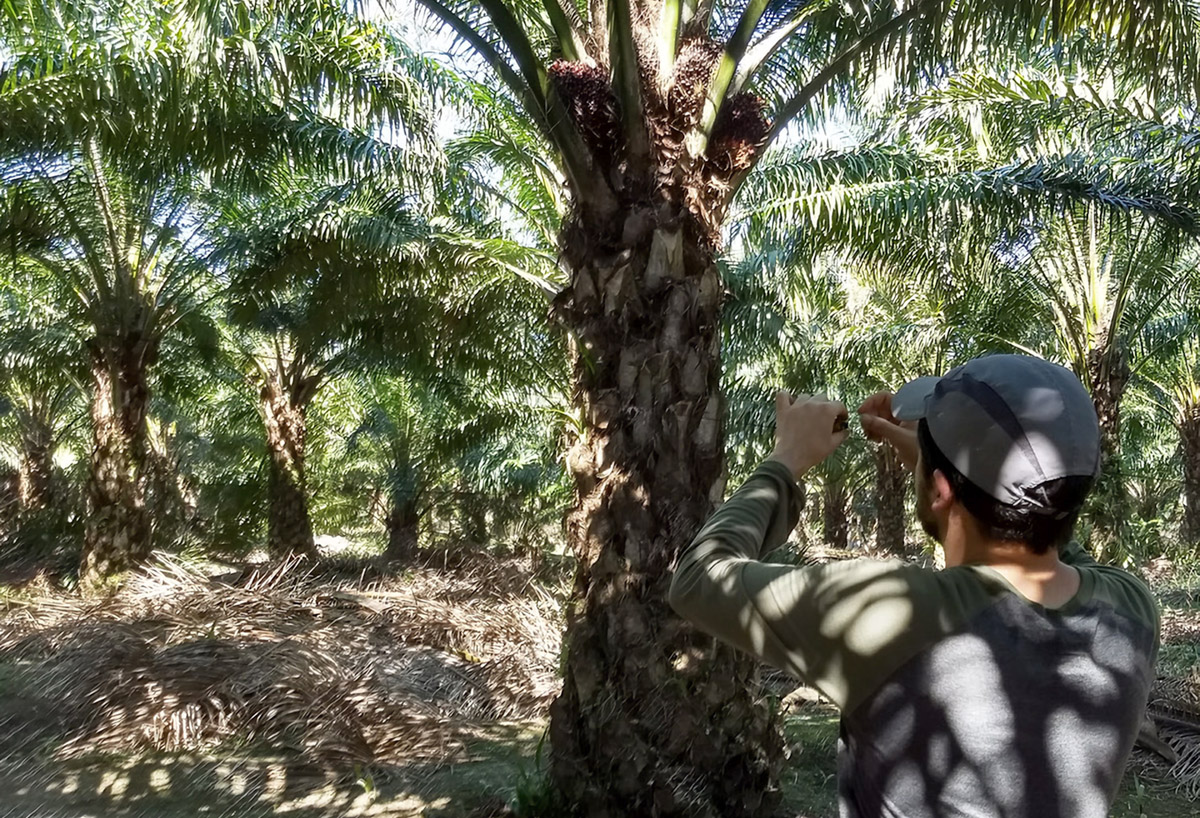 The results of this study was recently published in the Journal of Field Ornithology: