When I was awarded my Ph.D. grant I was filled with excitement and joy as I would be able to study some of the most iconic bird species of northeastern Argentina’s vast grasslands: the Strange-tailed Tyrant (Alectrurus risora), the Black-and-white Monjita (Xolmis dominicanus), the Tawny-bellied Seedeater (Sporophila hypoxantha), and the recently described Iberá Seedeater (S. iberaensis). These species are similar in that they are threatened bird species which have suffered a marked decrease in their populations, yet they differ in their breeding behavior and other aspects of their biology. The Strange-tailed Tyrant and the Black-and-white Monjita are tyrants that display different mating systems, being the former a polygynous species while the latter is a socially monogamous one. The Iberá and Tawny-bellied Seedeaters belong to a group of small Neotropical finch-like migratory birds known as capuchino seedeaters, which are strongly associated with natural grasslands.

My thesis project is a result of the growing concern which arose in the scientific and conservation communities in face of the large population reductions these species experienced as a consequence of changes in the land use and the intensification of agricultural activities in Argentina’s grasslands. In particular, northeastern grasslands are under great anthropogenic pressure due to a massive increase in afforestation and an increase in grazing pressure. Thus, my Ph.D. project focuses on the generation of knowledge for the conservation of these remarkable bird species by studying their breeding biology and how current grazing activities affect them.

To be able to embark in such a project, one of my first challenges was to acquire funding which would help cover the expenses of the intensive fieldwork that the project demanded. My project envisioned four field campaigns and each one was expected to last almost four months. This proved to be a difficult task as funding opportunities are limited and, in addition, Argentina was facing an economic crisis during that time, which further limited local sponsorship opportunities. I learned of the E. Alexander Bergstrom Memorial Research Award via my Ph.D. advisor and I did not hesitate to apply for it as its purpose is to promote field studies such as the one I needed to conduct. I was relieved and glad when I obtained a positive reply as I knew that the award would be indispensable for my Ph.D. Indeed, the funding enabled me to increase and enhance my banding tools and supplies, as well as other field equipment. It was also key to make the fieldwork in grazing fields possible as large distances needed to be traveled between grazing fields in search for small and isolated breeding sites of the study species. 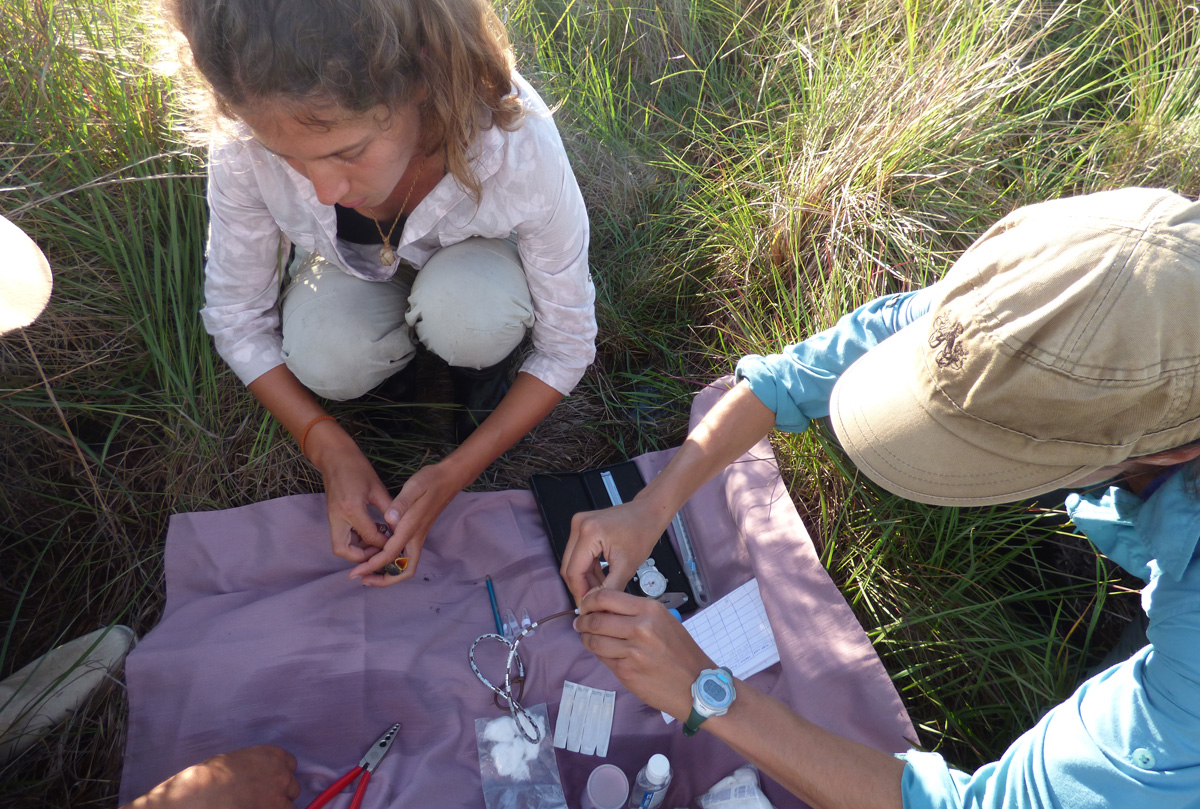